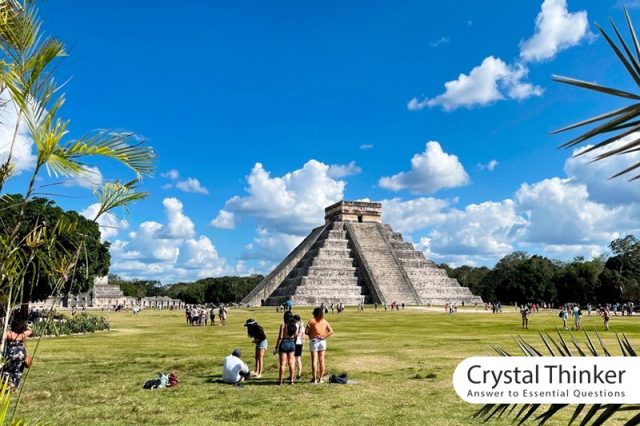 Many authors worldwide and in various manuals have mentioned the existence of these places and how they are. The first list of these seven wonders dates back to the second to the first century BC.

Of the world’s seven significant wonders, only the Great Pyramid of Giza, one of the oldest ancient wonders, remains relatively intact.

Is there information about the seven wonders of the world?

Colossus of Rhodes, the Lighthouse of Alexandria, the tomb of

Halicarnassus, the Temple of Artemis, and the statue of Zeus are among the

sites damaged. No information is available on the final location and fate of

the Hanging Gardens. There are some speculations that they may not have existed from the beginning.

After the conquest of Greece, Hellenistic travelers were able to access much of the Western world, such as the Egyptian, Persian, and Babylonian civilizations, in the fourth century BC.

How did the information about the seven wonders of the world get to us?

These travelers were fascinated by the sights and wonders of different lands.

So they recorded what they saw so that they could never forget it and inform their children.

The Seven Wonders of the World

These lists remain as a reference, and we can say that the seven classic wonders were:

Egyptologists and archaeologists say that the people of that time built this Pyramid as the tomb of pharaoh Khufu in the fourth dynasty of Egypt, in the twenty-sixth century BC. According to forecasts, the construction of this building took about 27 years. (Tallet, P., 2017).

Hanging Gardens of Babylon and seven wonders of the world

The description of the Hanging Gardens of Babylon is said to resemble a large green mountain.

κρεμαστός is a Greek word derived from the phrase hanging gardens (Dalley, S., 1993).

The term refers to trees planted on a prominent structure, such as a terrace (Reade, J., 2000).

Frequent earthquakes between 956 and 1323 AD destroyed this beautiful Lighthouse. Eventually, it became an abandoned ruin.

Mausoleum at Halicarnassus and seven wonders of the world

Greek architects Satyros and Pythius of Priene designed the structure (Gloag, J., 1969). Successive earthquakes destroyed the building from the 12th to the 15th century.

Statue of Zeus at Olympia and seven wonders of the world

They chose a throne to place the statue of Zeus at that time.

Theodosius I was the Roman Christian emperor in 391 AD. He banned idolatrous sects and ordered the closure of temples. In general, detailed information on the conditions of the final destruction of the statue is not available.

The Temple of Artemis was a Greek temple that was ancient and locally dedicated to the goddess Artemis. The building was rebuilt entirely once after a devastating flood and fire. In 401 AD, this temple became a ruin.

Colossus of Rhodes is one of the seven wonders of the world.

The last of these seven strange places in the world was called Colossus of Rhodes. An earthquake in 226/225 BC was the leading cause of its destruction. It is interesting to know that all seven wonders of the world existed for less than 60 years. The purpose of building these seven wonders of the ancient world was to celebrate the successful defense of the city of Rhodes against the attack of Demetrius Poliorcetes.

The two compiled the first list of the Seven Wonders at the Museum of Alexandria. In this article, we provide you with information about strange places in the world. We hope you find this article interesting. We are waiting for your comments, and we will be happy if you follow us on social networks.

What was the first art museum in the world?

What are the characteristics of civilization?

Importance of coins in history and life

Why am I never satisfied with life + 6 positive examples & solutions!